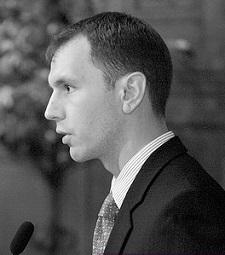 In this role, Mr. Rumble provides executive leadership for the $1.5 Billion budget and 4,200 FTE County organization, supports the Board of Supervisors, and coordinates multi-agency initiatives. Previously, as Deputy County Administrator, Mr. Rumble managed community engagement efforts, directed the County’s intergovernmental affairs and legislative advocacy programs and media relations. Mr. Rumble has also served as the Director of Health Policy for Sonoma County, where he oversaw program, legislative, and policy efforts aimed at eliminating social and health disparities in Sonoma County. Mr. Rumble began his service to the County in 2007 as an Analyst in the County Administrator’s Office.

Mr. Rumble’s career also includes consulting for the public sector, and conducting fiscal, policy and program analysis for local governments, such as the San Francisco Board of Supervisors, Illinois Governor’s Office, and several cities and counties in California. Mr. Rumble began his career conducting research and analysis for the United States Congress on a wide range of issues including nutrition education, emergency services, youth education, workforce development, consumer protection, and tax policy.

Mr. Rumble has a Bachelor’s degree in US History from Pacific Lutheran University, and a Master’s degree in Public Administration from San Francisco State University, graduating with honors. Mr. Rumble is a Fellow and Board member with the Leadership Institute for Ecology and the Economy, a graduate of the Local Leaders Academy of Sonoma County, and of the AFL-CIO’s Organizing Institute. In 2014, Mr. Rumble was named one of the 40 leaders of the North Bay under age 40, and received the Community Transformation Award from Community Action Partnership of Sonoma County. He lives in Santa Rosa with his wife and two children and is a competitive amateur cyclist.