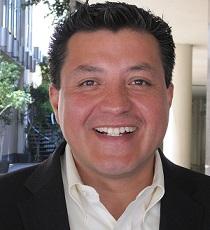 Previous to this position, he served as Vice President and first came to Families In Schools as Director of Community Engagement and Advocacy.  Mr. Cruz has held various management positions including, Program Director for Community Partners, where he directed projects in the areas of community technology and civic engagement, and as Senior Program Manager at Center for Civic Education, where he managed an international network of civil society organizations, school districts, universities, and foundations working to implement civic engagement programs for students and youth throughout the United States and Latin America. He has traveled extensively throughout Europe and Latin America and served as an official international electoral observer in Mexico’s federal elections (2000 and 2006).  He holds a Masters of Arts degree in Latin America Studies from Georgetown University and a Bachelor of Arts Degree in Political Science and Latin America Studies from the University of California Los Angeles, and is fluent in Spanish.  Mr. Cruz’s passion revolves around helping families and communities strengthen their capacity to support their children’s education so they can provide their children a pathway to achieve the American dream.