Santa Clarita is a city of 180,000 residents located about 30 miles north of Los Angeles.  Beginning in the late 1980s, the parks department began researching computerized irrigation controllers that would enable staff to remotely monitor what was going on in the field.  About 20 years ago, the parks department staff started installing weather sensing irrigation equipment in city parks.  In 2008, the department purchased a weather station, located in the city’s Central Park, that communicates to a centralized computer system.  Every morning the weather station and computer system send information to irrigation controllers in city parks with instructions on how much water to dispense at individual irrigation sites throughout the city.

Since the city owns the weather station and on-site weather controllers, it does not pay a subscription fee for the service.  The Parks Department assigns responsibility for programming irrigation controllers to two employees.  These staff receive computer-related training to ensure that the centralized computer system is appropriately programmed in order to maximize efficiency.

Programming the computer system and the onsite irrigation controllers is both a science and an art.  Parks department staff still “walk the parks” with soil probes to make adjustments to the controllers, as needed.  Staff typically adjusts the system’s computer program three to four times per year, reflecting seasonal weather changes.  The turf team, which is responsible for mowing parks, also alerts the computer programmers about needed irrigation system adjustments.

The smart irrigation and weather station system saved approximately 15 million gallons of water in 2010 compared to 2009.

The City of Santa Clarita formed a Landscape Maintenance District, a benefit assessment district,1 in 1997.   The District maintains 780 acres of irrigated landscapes, including slopes, medians, and any other common areas assessed for the benefit.2  It also is responsible for additional non-irrigated open space and for brush clearance to reduce fire hazards.

After evaluating the amount of water used each year (890 million gallons), staff believed they could improve efficiency and reduce water use by 20 to 40 percent.  Based upon successful tests at pilot locations that achieved 20 to 25 percent water savings, staff projected that installing “smart” irrigation controllers would have the most significant and immediate impacts.  Thus, between 2007 and 2011, district staff replaced 526 existing irrigation controllers with weather-based irrigation controllers.  The district also contracted with a vendor to install and support an internet-based central irrigation management and control system.

The Landscape Maintenance District anticipated that educating staff and contractors would be important to achieving the desired water savings.  Thus, the district required the vendor to provide training sessions for staff in English and Spanish during each phase of installation. Additionally, the district also provided six training sessions to every landscape contractor with whom it works.

While installing the first 103 controllers, the district found that field staff and landscaping contractors needed training on how to program the controllers and operate the computer technology.  In addition, since many landscaped areas were found to be oversaturated, the training included education about changing irrigation practices from flood irrigation to watering for minimal plant needs.  The transition to watering for minimal plant needs was difficult at first as there was slight distrust of the new technology.  Over time however, the new system proved effective, thus demonstrating to staff the value of the smart irrigation system.

In addition, the local water provider recognized the city’s Landscape Maintenance District for helping achieve the 20 percent reduction in urban water use by 2020 as required by state law.3  The district plans to retrofit hardware, monitor different water pressures and refurbish medians with low water-use plants to achieve further savings in the future.

More about smart irrigation technology, lessons learned and other communities experiences below.

Back
This item appears in:
Post May 1, 2012 City of Santa Clarita 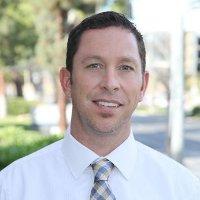 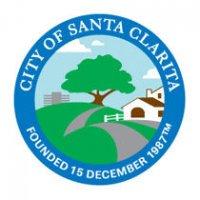 “Protecting the environment is a high priority for the City of Santa Clarita. Our efforts began shortly after cityhood and have yielded tremendous results.” – Green Santa Clarita website