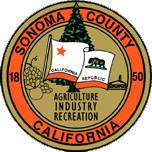 “The County’s ongoing, bold commitment to climate protection flows from the Board’s goal to reduce the County’s greenhouse gas (GHG) emissions to 25 percent below 1990 levels by 2015.” – Sonoma County website 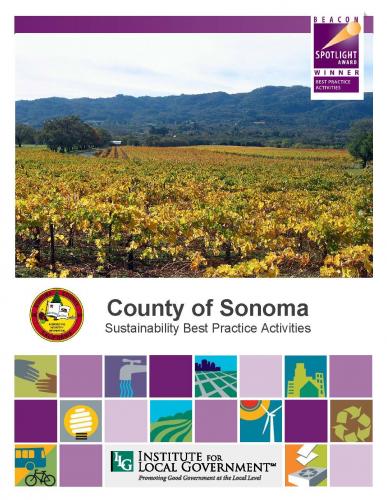 Green purchasing is an important part of Sonoma County’s climate action plan. The county’s purchasing policy enables it to award contracts to green vendors for services or products that do less harm to the environment if the cost is within five percent of the lowest bid of other competitors. The county gives the same preference to local vendors to help reduce the greenhouse emissions associated with transportation of the products and to support the local economy.

Sonoma County’s nine cities and multiple county agencies have been engaged in local climate protection efforts for more than ten years. In 2002, Sonoma became the first county to have all its jurisdictions conduct greenhouse gas (GHG) emissions inventories. In 2005, all ten local jurisdictions adopted a joint target of reducing GHG emissions to 25% below 1990 levels by 2015. In 2009 Sonoma took another pioneering step by establishing the Regional Climate Protection Authority (RCPA).