“The City of Benicia is joining an increasing number of California communities in developing plans to address climate change at a local level. Although climate change is a global problem, city leaders in the U.S. and abroad are increasingly recognizing that it will directly affect their constituents and pose risks to public health, safety, and welfare. It is also at the local level that many strategies to both adapt to the changing climate and combat its progression are best enacted.” - City of Benicia Climate Action Plan 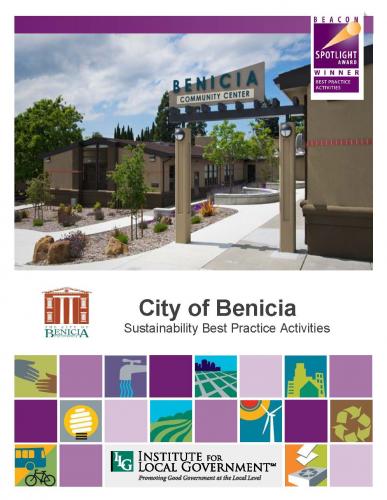 Back
This item appears in:
Beacon Participant Profile January 30, 2019