City of Benicia – Developing and Implementing a Tree Program 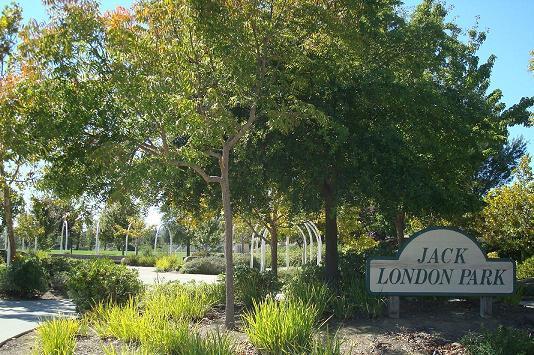 In 2008, after a multi-year public process, the City of Benicia started its new tree program with the adoption of an updated tree ordinance. The goals of the program include completing an inventory of City trees, increased tree planting, adoption of a modern tree management plan that specifies proper maintenance practices, public education, public/private partnerships, and the development of a tree master plan. The program also dovetails with the City’s 2009 Climate Action Plan, which supports the tree program and further calls for planting of trees that are drought tolerant and have excellent carbon sequestration characteristics.

The early push for Benicia’s tree program came from residents who wanted to improve the condition and care of the City’s trees. In 2004 an ad hoc citizen’s committee was formed by the Benicia City Council to create a new tree ordinance. It took several years to build an effective working relationship between the tree constituents on the committee and the City staff responsible for shepherding the ordinance through the adoption process. Ultimately the good relationship that developed through that process will be critical to the tree program’s success.

A key concern for City leaders in adopting the new tree ordinance was the need to balance concerns from some constituents about private property rights with meeting the goal of promoting a healthy and robust urban forest. The compromise that was struck was to allow owners of single family residences to remove trees on their property, that are not designated street trees, on the condition that a tree replacement fee is paid. The fee is deposited into the newly established tree fund and is set at a level sufficient to fund replacement and care of a new tree, thus ensuring that the urban forest is not diminished. Considering that prior to 2009 the City had never budgeted anything for trees, this is big step in the right direction.

The initial source of funding (a contribution from the Valero Benicia Refining Company) enabled the tree program to get up and running, and provides a cushion for the next few years. The City will however need to develop a sustained funding stream over this time. The approach that they are taking is to build the case for a line item in the City budget by developing clear metrics and conducting public outreach on the tangible economic benefits that the forest provides.

Early indications from the consulting firm that is conducting the tree inventory for the City indicate that the value of Benicia’s trees is somewhere around $12 million dollars. The specifics of that figure will be released when the tree inventory is completed this year. Benefits from the City’s trees include things like reduced energy costs from shading in the summer, improved air and water quality, enhanced perception of the business district, and increased property values. Ultimately the goal is to increase the community’s understanding that the investment in the urban forest will pay off in countless ways over the near and long term.

The development of the City’s Climate Action Plan was on a parallel track with the tree program and the two efforts have benefited each other. The public process that led to the tree program helped inform the approach used to develop the climate plan, and as a result of the climate protection focus, the tree inventory will now include analysis of total canopy cover in Benicia and an estimate of associated carbon sequestration benefits. Moving forward the City’s climate protection efforts will also help inform the tree master plan, which is focused on trees on private land, by highlighting the importance of selecting species that maximize climate and other environmentally significant benefits.