Kern County – Financing Recycling Through a Land Use Fee

Kern County has a unique way of funding its integrated waste management – a “land use fee” charged annually to county residents and collected on their property tax bill. This fee provides steady, predictable funding to support residential disposal of solid waste, recycling, household hazardous waste disposal and other programs, and helps to keep illegal dumping to a minimum.

What is a Land Use Fee?

Kern County charged no entrance fee (“gate fees”) at its landfills prior to 1987. The county’s general fund paid for the cost of landfill operations and residents could dump at no charge. With various regulations in the 1980s related to groundwater and gas, the county anticipated recycling regulation would be on the horizon and realized it needed to have way to pay for such services.

The county considered several different ideas and ultimately decided to collect money via a fee on the property tax bill - called a land use fee. County staff analyzed how much waste residential and commercial users generate on average to establish the size of the annual land use fee, which is linked to the gate fee. In other words, if someone were to haul all of their own trash to the landfill and pay a gate fee each time, the total amount they paid in one year would roughly equal what a resident pays as a flat fee annually. Multifamily residential units pay 20 percent less than single family residents, in recognition that these users generate approximately 20 percent less waste annually (apartment dwellers typically are smaller families, don’t have individual landscaping, etc.). Since the initial studies established the average waste only minor adjustments have been made to the fee and recently, those changes have only been cost of living increases. The gate fee and the land use fee go up at the same rate.

In practice, the land use fee covers the cost of all dumping at the landfill for residents. When a resident hauls their own trash and recycling to a landfill they pay no fees. Similarly, trash haulers that pick up residential waste do not pay a dumping fee, as the resident has already paid the fee through their property taxes. The haulers only charge residents for the trash and recycling carts and the actual cost of picking up and transporting the waste. One potential challenge of this system is that it requires gate attendants to know if the trash coming in is residential or commercial waste (commercial users still pay a gate fee instead of the land use fee – see Making the Change below for more on why).

In addition to waste disposal, the land use fee covers the costs of recycling at the landfill and transfer stations, the county household hazardous waste program, public education and other services that the county offers to all residents. The land use fee system provides a predictable income stream for Kern County to operate these various programs year to year.

Kern County is a large rural county with wide-open spaces. The county has and continues to have a large number of property owners that haul their own trash to its landfills and transfer stations. When the county board of supervisors asked staff to research and propose a way to start collecting fees for solid waste, the primary concern was a rise in illegal dumping.

The issue turned out to be extremely controversial. When county staff proposed a land use fee system to the board of supervisors, the chambers were packed with people opposing the system.  The board then asked staff to research and bring back another option. At the subsequent meeting where the proposal was to impose a gate fee, public opposition was equally large.

Given the controversial and polarizing nature of the two options, the board of supervisors decided to put the issue to an advisory election (California Elections Code Section 9603). Leading up to the advisory election the county took a neutral position, simply explaining both options to the public. The public elected for the land use fee system, and the board went with the public’s recommendation. Paying an annual fee was attractive to the general public, but it seemed the public was most influenced by the possibility of illegal dumping. It is interesting to note, a small portion of the public supported an annual fee, but opposed the fee being collected on their taxes.

Initially, both residential and commercial users were going to pay a land use fee. Establishing what fee residents would pay was fairly straight forward, but deciding on a fee structure for the commercial sector proved much more difficult. County staff was expected to determine how to appropriately charge fees for different commercial customers. But they found that even deciding on a fee by sector was difficult. For example, the department decided to charge restaurants based on square footage, but that meant a small café owner was then in the same category as a high-volume fast food restaurant, which generated much more waste. After several years it became obvious that trying to figure out a fair way to estimate how much waste is generated by the commercial sector was too difficult and was subject to challenge on a regular basis. However, the board of supervisors valued the fact that the land use fee on residential customers helped combat illegal dumping. In 1993, the board of supervisors revisited the system and decided to keep the land use fee for residents, but charge a gate fee for commercial users.

The innovative hybrid system has served the county well for over 21 years. Commercial users are satisfied with a per-visit fee structure and the county has a steady and predictable revenue stream to operate waste disposal, recycling and other programs for residents. Ultimately, illegal dumping in the county has been kept to a minimum. 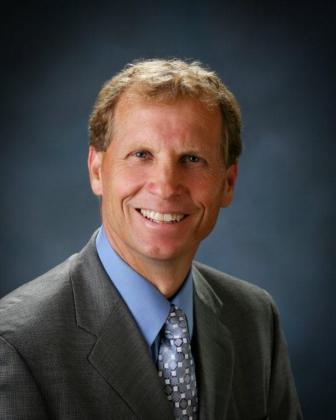