What’s a Mayor to Do?

Mayor Jack Batchelor, Jr. knew that students who attend C.A. Jacobs Intermediate School in Dixon, California, have major challenges walking to school.  Students coming from the west have to cross Pitt School Road, a heavily traveled thoroughfare from Interstate 80.  Students from the east cross State Highway 113 and one of three grade-level railroad tracks that carry 32 Capitol Corridor trains per day.  What did Mayor Batchelor do? 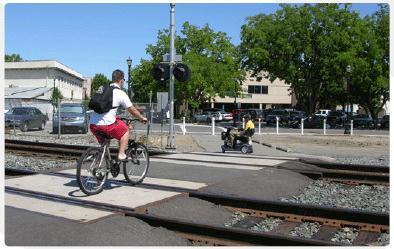 When faced with unsafe walking and biking routes, the City of Dixon, along with the Solano Transportation Authority and the Dixon Unified School District took action.