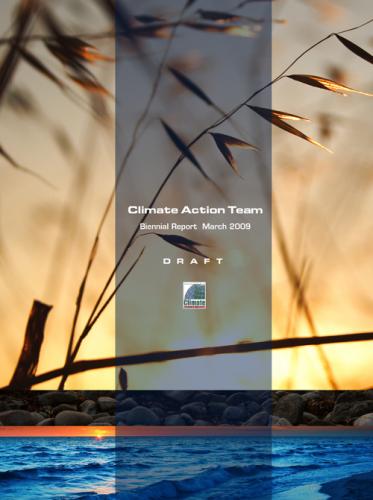 The draft Climate Action Team Report, an update of a 2006 assessment, concludes that without action, severe and costly climate change impacts are possible across California. The report uses updated, comprehensive scientific research to outline environmental and economic climate impacts.

The document, now available for public comment, synthesizes 37 research papers written by world-class scientists from prominent universities and research institutions. Three additional papers are still undergoing peer reviews and will be considered for inclusion in the final report later this summer. The reports were funded, in part, through the California Energy Commission’s Public Interest Energy Research (PIER) program and represent the most comprehensive and detailed scientific information to date on climate change impacts to California.

The research papers also serve as the scientific foundation on which the state is developing its first Climate Adaptation Strategy (CAS), and a chapter of the Climate Action Team report previews this work.

The technical papers analyze such research areas as the impacts of sea level rise, higher temperatures, increased wildfires, decreased water supplies, increased energy demand, among others, on the state’s environment, industries and economic prosperity. Each of the papers has or will undergo peer review by technical experts in private, public and governmental entities.

Impacts of climate change to California’s coast, agriculture, forest and communities have been known and studied for years; however the studies that support the Climate Action Team report suggest that actual greenhouse gas emissions are outstripping 2006 projections. Of particular interest are the several papers focusing on the impacts of a rise in sea levels to coastal communities and increased potential of wildfires to residential areas.

To view each of the draft papers and a list of authors, visit www.climatechange.ca.gov/publications/cat/.