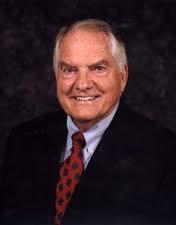 Jerry brings to his service on the Institute board a deep and rich background in public service. He was mayor of Santa Ana and then represented the area in the U.S. House of Representatives for a decade (from 1975-1985). He currently is a governing board member of the Coast Community College District.

A lawyer by training, Jerry has served as city attorney for a number of southern California cities. He was a partner at the law firm of Burke, Williams & Sorensen. Jerry received his law degree from UCLA and his undergraduate degree in public administration from USC.

The League of California Cities’ recognized Jerry’s illustrious public service with its prestigious Past Presidents’ Lifetime Achievement Award in 2005.