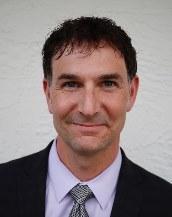 Prior to joining CSAC in 2015, Graham served multiple roles in Placer County, including Assistant Director of Health and Human Services, and County Budget Director. Graham also spent a decade representing counties in the State Capitol, including serving as a senior fiscal and policy analyst for the County Welfare Directors Association of California. He received his Bachelors of Arts in Political Science/Public Policy from UC San Diego, and his Master’s in Public Administration from the USC School of Policy, Planning and Development.

As CSAC’s Deputy Executive Director of Operations and Member Services, Graham led improvements in providing direct services to counties, expanded opportunities for counties to share innovative solutions, has overseen significant growth in the Association’s educational Institute and development of communications platforms as advocacy tools.  He also implemented effective policies and procedures to ensure the Association’s strong financial position. In 2017, Graham served as the lead advocate on working with the Governor’s Administration on negotiating an In-Home Supportive Services agreement that worked for both counties and the state. He has also served as the Chief Executive Officer for the California Counties Foundation.