Wrapping Up the Year in Public Engagement 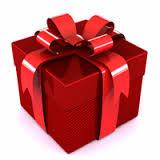 During this holiday season, we wanted to pause from our work to send you greetings and our sincere wishes of health and happiness in the coming year. Your support of our work here at ILG is very much appreciated. We have much to be thankful for, including the full recovery and return to work of Terry Amsler after his accident in London earlier this year. Terry has been kind enough to share his thoughts as he reflects on 2013 and looks forward to the year ahead.

It’s been a busy year for public engagement by local governments and their communities in California.  A very interesting report funded by the James Irvine Foundation, and carried out Public Agenda with the support of the Institute for Local Government and others, offered an in-depth look at attitudes and experiences relating to local public engagement from the points of view of both local government elected officials and staff as well as from civic leaders in California.

Based on statewide survey results and a handful of small group sessions, there appears to be a growing body of local government experiences with public engagement practices across a widening array of topics and issues, and a greater confidence by local officials in their knowledge and capacity to successfully design and implement public engagement processes.

The report offers an important snapshot of public engagement practices, possibilities and challenges in California.  I urge you to read it. There are particularly interesting parallels among local officials’ and civic leaders’ perspectives on these topics that suggest further opportunities for useful partnerships across sectors to continue to improve the public’s understanding of local issues and to foster broader public participation and more effective public engagement efforts overall.

Aside for the survey itself, the direct experiences of local governments and their communities – and the ongoing learning and sharing of the information among colleagues and peers – probably offer the greatest opportunities for continuing progress and innovation. In 2013, many cities and counties were putting public engagement into practice.

Communities around the state put local budgeting on the table and asked for resident input. The City of Vallejo explored a participatory budgeting approach with a great deal of public deliberation resulting in specific idea generation that went to the public for a vote before its consideration by the City Council. The City of Oakland passed a resolution framing and putting into place a policy to guide its budget development process, including points of transparency and public engagement, and laying out criteria around which the review and assessment of these activities should be made. The City of Palo Alto created an interactive, online budgeting tool to provide greater transparency and engagement its budgeting process. The City of Monrovia tackled its first comprehensive city-wide plan which helped inform its 2013-2015 budget, with input from a diverse cross-section of stakeholders.

The work that needs to be done to enhance public engagement-related participation and practice will ultimately be determined by each local agency and its community.  However, the Institute’s experience in observing, working with and documenting these efforts points to a few particularly fruitful areas:

Local officials and civic leaders continue to embrace public engagement skills, models and capacities to better inform residents, to generate public knowledge in order to inform local agency decision making, to build more consensus-based approaches to address challenging issues and to gain the community’s trust and support. In California, many local elected officials see public engagement practices as part of a larger effort to build self-reliant, more informed and engaged communities. I feel fortunate to be able to learn from these efforts in my work at ILG and look forward to sharing this information among local officials and their communities in 2014.