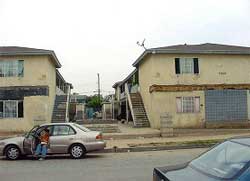 The area that is now Cornerstone Village was a blighted and densely populated apartment building, initially constructed for off-base Marine Corps housing in the late 1950’s.

Crumbling stucco, broken windows, graffiti, trash littering the streets and sidewalks, and overcrowded apartments all added to the demise of this area and demonstrated the need for redevelopment. 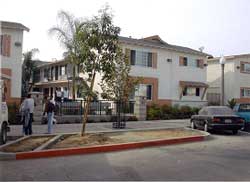 In 1995, the Community Redevelopment Agency of the City of Santa Ana began a redevelopment effort to transform this once blighted area.

Content in this case story may be out of date, or tools used to accomplish the outcomes may no longer be available.  However, in concept this story may still offer a good example.