Sacramento’s Journey to a Sustainable Future 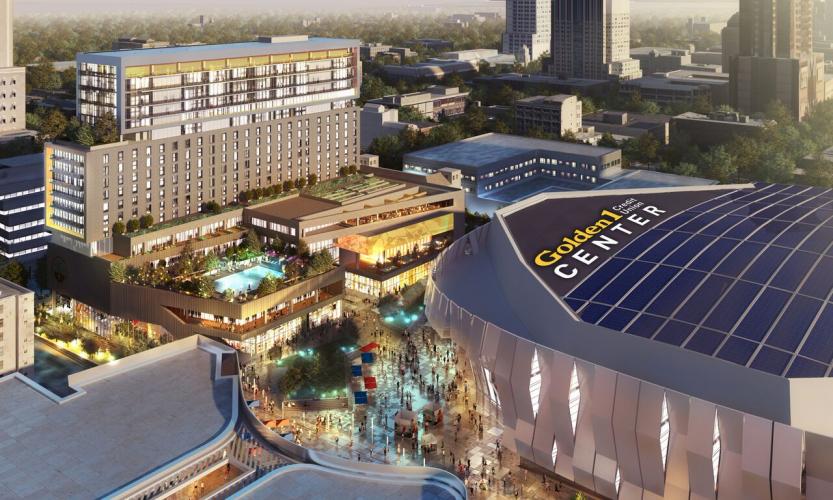 The City of Sacramento is the state’s capital and sixth largest city in California. The city’s population is just shy of 500,000 people, and is expected to grow by approximately 165,000 residents in the next 20 years. The guiding vision in the city’s General Plan is to be the most livable city in America. Underlying this vision are six basic principles: grow smarter, maintain a vibrant economy, create a healthy city, make great places, develop a sustainable future and live light to reduce the carbon footprint.

The City of Sacramento has taken one of the most evolutionary approaches to climate action planning. In 2007, the city adopted a Sustainability Master Plan (SMP). Just two years later, Sacramento adopted its 2030 General Plan which demonstrated a clear commitment to sustainability. However, it wasn’t until 2012 that the city adopted its first official Climate Action Plan, which was later incorporated into its updated 2035 General Plan in 2015.The 2035 General Plan is now the city’s action plan for reducing greenhouse emissions and adapting to climate change. Mixed-use development that encourages walking and biking, use of public transit, green building practices, use of solar energy systems, architectural design to reduce heat gain and water conservation measures, are some of the strategies included in the 2035 General Plan. Policies to protect and promote urban forests and agriculture are also prevalent in Sacramento’s General Plan.

Sacramento reports on its planning progress annually and has committed to update its general plan that contains its climate action implementation strategy every five years. The capital city has adopted aggressive targets for reducing greenhouse gas (GHG) emissions, both in the near and long term. The near-term target is focused on reducing emissions by 15 percent to 1990 levels by 2020 consistent with state mandates, while the long-term goals set Sacramento on a path for GHG emissions reductions of 38 percent by 2030, and 83 percent by 2050.

The city recognizes that increasing energy efficiency in existing and new buildings, generating renewable energy and motivating individuals to make choices that conserve energy are all important to achieving its GHG reduction targets. Beginning in 2011, the City of Sacramento began replacing existing lights throughout eight city-owned public parking garages with new light-emitting diodes (LEDs). Not only do the LEDs use two-thirds less energy than the existing lights, most of the LED fixtures installed use motion sensors that switch to a lower light level when no motion is detected, such as on weekends or late at night, which further reduces consumption by 40 percent. The city also converted traffic signals and more than 9,000 streetlights to LEDs which helped it reach a 15 percent energy reduction and save more than $5 million over the 11 year life of the lights.

To pay for these projects, Sacramento used city funds and a federal Energy Efficiency and Conservation Block Grant from the U.S. Department of Energy. It also took advantage of financial incentives from the Sacramento Municipal Utility District, the city’s electricity provider. Public Works Director, Jerry Way says the city would like to replace the remaining 30,000 streetlights, but is concentrating first on making their libraries, pools and community centers more energy efficient. While he acknowledges the clear return on investment of energy efficiency retrofits, he cites upfront capital as the major barrier to larger projects. “We are hoping to develop a structure for funding energy efficiency in existing facilities that doesn’t put a strain on our general fund or credit rating. Being able to do this, for things like tenant improvements, will go a long way for benefitting the community and our economic sustainability.”

While several blocks of Sacramento’s downtown remain in great need of improvements, there are several major revitalization projects underway. One of the most impressive is the Downtown Railyard Remediation Project. Considered the largest infill development site in the country, this 240-acre, former EPA Brownfield is being transformed into a master-planned, mixed-use project that will include 12,000 housing units, more than two million square feet of office space and almost equivalent space for retail, hotel and other commercial uses. The project includes many environmentally-friendly aspects such as rainwater recapture, a solar hot water heating system, solar photovoltaic and a large area dedicated to bike parking. In addition, the site will host 29 acres of parks and open space and a 25,000-seat outdoor soccer stadium for the city’s team, Sacramento Republic FC. This area will be the intermodal transportation center, having connections for heavy and light rail, as well as a street car system proposed to link the downtown area with the city of West Sacramento across the Sacramento River in 2021. This project was funded with a federal Transportation Investment Generating Economic Recovery (TIGER) grant, and monies from the Strategic Growth Council and Prop 1C grants.

Just down the street, the city completed a new indoor arena that serves as the new home for the city’s professional basketball team. The arena is carbon and grid neutral,(zero net energy) as well as LEED Gold-certified. The new facility was built by local contractors who used locally sourced materials. It is estimated that 10 to 15percent of visitors will walk, bike or take public transportation to events at the new arena. More than 13,500 parking spaces exist within a half-mile of the arena, many of which will be available through technology that allows visitors to reserve and pay for parking spots using their smart phone. The technology also enables the city to institute dynamic pricing.

One key to Sacramento’s ability to entice developers to the region with environmentally-friendly design is the attractive menu of mitigation measures the city provides. For example, the City of Sacramento has adopted a first of its kind Caltrans highway mitigation model that allows for non-capacity increasing and sustainable project contributions, such as street car or light rail, in-lieu of the traditional model of mitigations aimed at widening freeways and increasing capacity. Getting residents out of their cars is a big focus for the city.  In 2013, the City of Sacramento revisited all of their parking requirements, reducing many, and eliminating parking requirements in the downtown area altogether.

When cars are necessary, the city is working to be as green as possible. “Since we are one of the largest cities in the region, I think it is important that we set the example,” says Sacramento’s City Manager, John Shirey. Over the past few years, the City of Sacramento has pioneered a number of alternative-fuel programs, including one of the first to use renewable compressed natural gas (CNG) produced from local food waste that is converted in an anaerobic digester. The city also uses more than one million gallons of liquefied natural gas (LNG) to power its garbage trucks, and will soon have one of the first all-electric powered garbage trucks. While the city has received grants for innovations like its network of CNG fueling stations, they say that the ability to green its fleet is possible because of conscientious decisions made during normal replacement cycles.

Sacramento works very collaboratively with agencies, businesses and non-profit institutions in its community. The city is a member of The Capital Region Climate Readiness Collaborative which provides a forum for public and private organizations that are tackling resilience activities. The premise is that through greater coordination and partnership collaboration, the Sacramento region can adapt to known and predicted impacts, creating a stronger, sustainable and more economically viable community. The city also supports the region’s Metropolitan Transportation Plan/Sustainable Communities Strategy, which is aligned with the Sacramento Region Blueprint. The Blueprint, developed in 2004, contains an extensive study of the linkages between transportation, land use and air quality. The collaborative process was aimed at developing guiding principles for growth and transportation projects that consider the needs of the region as a whole.

The City of Sacramento engages with the Statewide Energy Efficiency Collaborative through its participation in the Beacon Program. Having joined the Beacon Program in 2012, the city has illustrated progressive achievements annually, earning a silver-level Beacon Spotlight Award in Sustainability Best Practices in its first year, advancing to gold the next year and then on to the platinum level in 2014. In 2015, the city earned acknowledgements for greenhouse gas and energy reductions. When asked about the secret to these steady and significant achievements, City Manager John Shirey says it’s all about the people, “It starts with good policymakers and ends with good staff. We have both in Sacramento.”