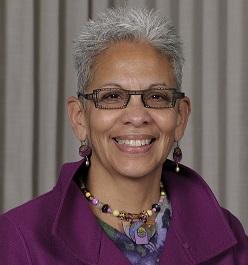 Patricia E. Martel has served as the City Manager of Daly City, the largest and most diverse full-service community in San Mateo County, CA, since 2005.  She also serves as the General Manager of the North San Mateo County Sanitation District.

During more than thirty-five years of service in local government, Ms. Martel has held executive management positions with several California municipalities including the cities of Inglewood, South San Francisco and Daly City where she previously served as the Assistant City Manager from 1995-2001.  In 2001, she was appointed the General Manager of the San Francisco Public Utilities Commission with responsibility for managing the Hetch Hetchy water delivery system which serves 2.4 million people in the San Francisco Bay Area and the sanitation and power systems serving the City and County of San Francisco.

Professionally, Ms. Martel is currently the President of the International City/County Management Association, the premier organization for local government leadership and management.  She also serves as a Trustee of the California City Management Foundation, an Executive Committee member of the City Managers Department of the League of California Cities, and a Board member of the International Hispanic Network.  Additionally, Ms. Martel is a Fellow of the National Academy of Public Administration.

Ms. Martel was recognized by Women Leading Government as the recipient of the 2014 Career Excellence Award.  KQED Public Broadcasting and Kaiser Permanente also honored Martel by selecting her as a Latino Heritage Month Local Hero for her outstanding contributions and commitment to community service.  The San Francisco Business Times has acknowledged her professional accomplishments by naming her one of the 100 Most Influential Business Women in the Bay Area and has also cited her among the Top 100 Women Business Leaders in the Bay Area.

A graduate of the University of Southern California, Martel holds a B.S. degree in Journalism and Public Affairs, as well as a Master’s degree in Public Administration.