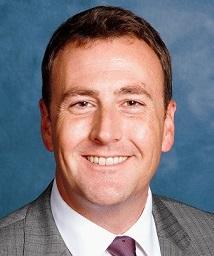 Jeff Kiernan currently works with the League of California Cities as Regional Public affairs Manager for the 25 cities which make the Las Virgenes-Malibu, South Bay and Westside cities of Los Angeles County.He up began his career in politics and government as a special assistant/body man to California Governor Gray Davis. After the recall election, Kiernan became the executive director of the Governor Gray Davis Committee which aided Davis’ transition back to private life. Kiernan also worked on many political campaigns including statewide propositions, city council, and congressional elections before going on the road with the 2008 Obama for America campaign where he visited 29 US states, Puerto Rico and Germany in just 19 months.

After President Obama’s election to the White House, Kiernan traveled to Trinidad, Italy, Germany, and Singapore with President Obama before returning home to California. Kiernan currently resides in West Hollywood.