Involving the Public: How Local Officials See It 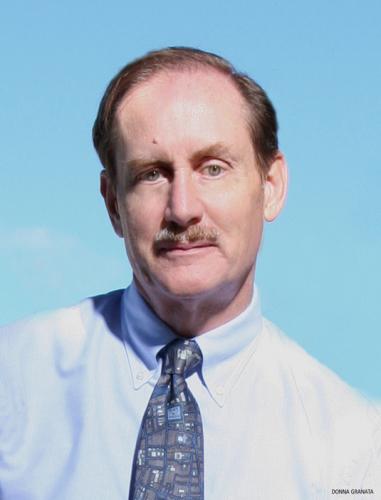 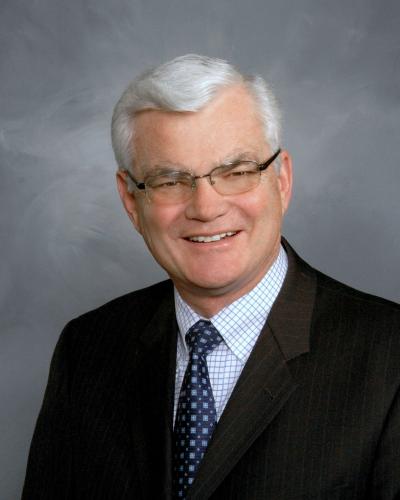 A great deal of attention is being given to new approaches to public involvement in local decision-making. Are more traditional community input processes, such as public hearings and comment periods, not working?

Rick Cole: There’s a difference between input and participation. Citizens can give input through public hearings and during comment periods — essentially opportunities to sound off with their opinions. But effective solutions emerge only when citizens participate in decision-making through workshops and other forums where they engage in listening, collaborating and weighing the trade-offs.

Lynne Ashbeck: It’s actually not about traditional approaches to citizen involvement working or not working. Rather, it’s more about elected officials and city staff choosing a public involvement approach that will match the desired results. Public hearings are an important part of local government, but they are not that useful for real conversations with neighbors, applicants or other stakeholders. When civic engagement strategies don’t work, I’m more inclined to think that we did not choose the right strategy to accomplish the outcomes we seek.

Tzeitel Paras-Caracci: In addition to e-mail, phone calls and the occasional home visit, I get plenty of face time at the local coffee shop, supermarket and hair salon. However, providing town hall-style meetings and other such opportunities to engage the public encourages more focused, representative and organized comments and participation.

Can you offer an example of public dialogue or deliberation in your city that enhanced the formal decision-making of local officials?

Lynne Ashbeck: We convened a series of four neighborhood meetings, over several months, that focused on improvements to an older area of the city. Nearly 100 residents participated in each meeting as we worked through a process of identifying what they were most worried about, prioritizing where to begin and deciding how we would measure our progress. The result was a list of six specific steps that the city council adopted as the Southwest Neighborhood Action Plan and directed staff to implement. We report progress on a regular basis through a new neighborhood newsletter, which resulted from one of the action items — to improve communication between the city and neighbors.

Ron Loveridge: We’ve successfully used highly participatory visioning approaches, especially in the preparation of General Plans. These have worked well. I have often appointed community task forces, especially for areas of disagreement or new concerns. If you bring people of good will to the table, good things happen — including agreement on new approaches, directions or priorities.

Chris Zapata: We developed a community survey asking whether residents would be receptive to locating a multipurpose stadium in National City for the San Diego Chargers. This was a high-profile issue that generated strong feelings throughout the region, and certainly it was worth the effort. The recommendations validated the city council’s position that the community was receptive to a multipurpose stadium on our waterfront.

Rick Cole: Faced with the public safety imperative of enforcing our city’s ordinance against camping in the Ventura River bed, we convened a community dialogue on homelessness. Out of that effort came Camp Hope, a one-stop resource center for the 175 homeless people who were evacuated, and River Haven, a nonprofit-sponsored, self-governing camp for the homeless, which just celebrated its third anniversary. The community dialogue also laid the groundwork for the community’s commitment to our regional 10-Year Plan to End Homelessness.

Are there general guidelines to help city officials determine when more intensive engagement to involve the public, such as holding community forums, is a good idea?

Christine Tien: There should be more intensive engagement when an issue will greatly impact the entire city or a certain area of our community. We need input from the public when we update the city’s General Plan — how do people want their community to look in the future? What values are important to them? We should also get input from our local residents on what services they need for their neighborhood. One neighborhood wanted a resource center. The city listened and included local residents’ input in the center’s design and selecting which services would be offered on-site.

Tzeitel Paras-Caracci: Intensive or not, there will always be different levels of engagement. The important thing is to keep people involved, interested and informed. It doesn’t matter if you engage them at a concert in the park, the Route 66 Parade, the Neighborhood Watch meeting or the city council meeting. Engagement needs to start with us, as public servants. The theme of the movie “Field of Dreams” is “If you build it, they will come.” Well, if you communicate with and engage the public, they will come.

Rick Cole: It has to be a topic of general community concern to attract more than just self-interested stakeholders. The issue has to be one where local government is open to alternative solutions that emerge from the participation effort.

A recent survey of local officials in California suggested that a major concern about civic engagement is how to involve more than just “the usual” people. How can we attract communities or groups who may not participate as much as others?

Christine Tien: Outreach to our immigrant populations is crucial. Work with your local community groups to get ideas on the best ways to disseminate information and engage our increasingly diverse communities — and really listen to their concerns. What you think is good for a community may not be what they need. Learn about other cultures in your community. Build trust with community members by following through and fulfilling promises. Be honest. Be open to different ways of doing things.

Chris Zapata: Advertising and publishing in local newspapers, while legally required, doesn’t always generate much awareness or public involvement. It’s helpful to publish in multiple languages, in weekly publications that serve culturally diverse populations, and to work with schools, churches, neighborhood groups and the chamber of commerce to get the word out. Using focus groups can help ensure full representation. And don’t forget city communication options, including websites, newsletters and utility bills.

Ron Loveridge: We’re focusing on service clubs, volunteers, communities of faith, neighborhoods, the Internet, youth and seniors to build a sense of community and increase “social capital.” Political scientist Robert Putnam noted that the success of a city is significantly shaped by social capital — how people work together and trust each other. We need to view civic engagement broadly and recognize the crucial role that community-building plays in a city’s success.

Rick Cole: The private sector calls it targeted marketing. You identify the people who need to be in the room and aren’t, and you aim your outreach at making the case for why they have a stake in the decision. You start with clear thinking about the question of “What’s in it for me?” from the target audience’s point of view. Then you customize the approach to make it comfortable, and you look for partners to help you build the bridge. Finally, you continually evaluate results by asking those who showed up — and those who didn’t — how you can improve.

Lynne Ashbeck: We’ve had the most success with this issue when we held meetings with folks in their own neighborhoods: local parks, neighborhood cafeterias and so on. We cannot always expect folks to come to city hall.

If you could identify one particular challenge or potential stumbling block to cities using public engagement effectively, what would it be?

Ron Loveridge: The Internet is changing the way we receive and exchange information, especially for younger people, with interactive websites, web newsletters, blogs and more. Citizens have immediate access to elected officials. We need to think imaginatively about how to use the Internet effectively for connecting and sharing information with the public.

Lynne Ashbeck: There is a distinct skill set required to successfully engage citizens in constructive, honest ways, and it’s not a skill set that every elected official or city staff member has. Done well, citizen engagement is powerful. Done not so well, it runs the risk of feeling like “just another government function” that won’t really make much difference.

Christine Tien: Cities should make sure that they hire staff who reflect the demographics of their communities. A diverse staff helps with the development of outreach and engagement strategies that are more culturally sensitive and age appropriate. Having different viewpoints always makes for a better plan.

Rick Cole: Strategic commitment. It’s easy to fall into a reactive mode of rolling out proposals to meet urgent needs and deadlines instead of stepping back and building in the time to plan and execute civic engagement. It’s not really a question of money or local obstacles — engaging citizens is a matter of taking the time to inform, convene, listen and lead.

Tzeitel Paras-Caracci: Surveys sometimes suggest that communities have very little trust in their elected officials. This can be a stumbling block, but also a great reason to engage the public. I earned the public’s trust when they voted me in, and I need to work hard at keeping it. Engaging and empowering residents and asking what they think is an important part of building and keeping their trust. Any final thoughts?

Rick Cole: In this era of single-issue passion and a “take no prisoners” blogosphere, civility is out of fashion. But when you take the time to gather people in a comfortable setting, you get what author Daniel Yankelovich calls the “magic of dialogue.” That takes commitment from both the local government and citizens. But without it, local democracy is swamped by special interest domination.

Chris Zapata: Don’t forget that residents may start off confused about which level of government impacts them in what way, whether it’s local, state, federal, school district, utilities or special districts. People may need information about government’s part in an issue before getting involved.

Lynne Ashbeck: Residents, when engaged effectively, honestly and constructively, really are not asking for extraordinary actions from their local government. The basics, such as street maintenance, code enforcement, rental property management standards and the like, are the easiest for the city to remedy and deliver, and they bring the most citizen satisfaction.

This article originally appeared in the July 2008 issue of Western City Magazine.