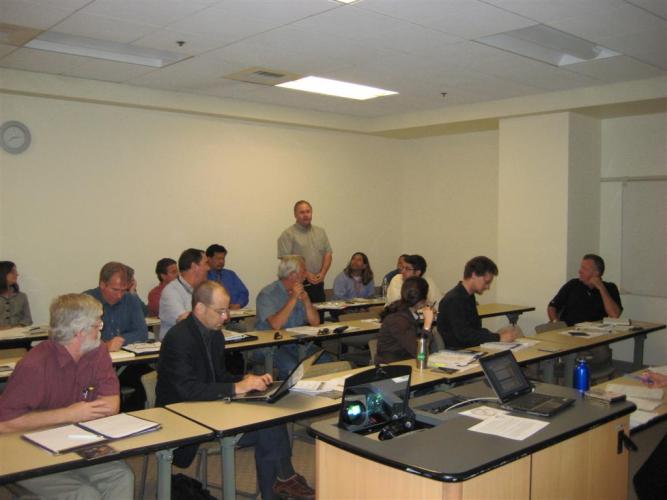 Written and posted by BAAQMD, July 2010.

As part of its climate protection work SF Environment, a department of the City and County of San Francisco (CCSF), is working with the largest and dirtiest fleets in the community to reduce GHG emissions as well as other air pollutants caused by these vehicles. San Francisco is using their experience in cleaning up its own fleet to develop best practices and conduct outreach that help commercial fleets become low carbon leaders.

Private commercial fleet vehicles travel over 4.8 million miles a year within the Bay Area. Working with private fleet operators to reduce the environmental impact of their vehicles helps CCSF achieve the GHG emissions reduction goals that are the focus of the City’s Climate Action Plan and other climate protection efforts. In addition to emitting GHGs, private fleets, those with heavy duty diesel trucks in particular, are also the source of pollutants that contribute to ailments such as asthma, chronic bronchitis and cancer. Often these fleets are located in some of the poorest neighborhoods and therefore this work also has a strong tie to environmental justice efforts.

In 2008, due to the City’s high profile efforts to green its own fleet, as well those of the local garbage company and San Francisco taxis, the SF Environment’s Clean Vehicles Program Manager was receiving five to ten calls a week from other jurisdictions and private fleet managers for information on fleet greening. Seeing an opportunity to expand their reach SF Environment teamed up with the Oakland based non-profit, Sustainable Earth Initiative (SEI), and applied for a grant from BAAQMD to develop the San Francisco Bay Area Clean Fleets toolkit. Part two of this project, which also received funding from the San Francisco Clean Cities Coalition, involved SF Environment and multiple sponsors hosting a series of local workshops to promote the adoption of clean fleet plans by commercial fleet operators.

The resulting San Francisco Bay Area Clean Fleets toolkit outlines a set of 5 Best Management Practices (BMPs) for fleet operators, as well as a framework for developing a clean fleet strategy and an excel based fuel tracker and carbon calculator. The toolkit is designed to be applicable to any type of fleet and therefore the BMPs included are not exhaustive but represent the most common and effective practices used by commercial fleets.

The workshops attracted a range of fleet operators, from private transportation providers to university and government fleets. One of the reasons that fleet managers may be taking such an interest is that in addition to cost savings and improved environmental performance, the BMPs also can reduce particulate matter (PM) and oxides of nitrogen (NOx) that are the target of the upcoming California Air Resources Board Truck and Bus rules. The feedback from the workshops was positive across the board, and in particular participants benefited from the opportunity to connect with other fleet operators on the technologies and practices that they had worked with.

In San Francisco itself efforts to work with commercial fleets have paid off in GHG reductions. The taxi fleet alone is estimated to have avoided 30,000 tons of GHGs annually through replacing what was considered standard taxi’s with hybrid and compressed natural gas vehicles. Key to these efforts is measuring baseline emissions, setting a GHG reduction goal and aggressively pursuing it, as is outlined in the Clean Fleets Toolkit., SF Environment’s Clean Vehicles Manager now also manages the San Francisco Clean Cities Coalition, one of approximately 90 Clean Cities Coalition’s nationwide sponsored by the U.S. Department of Energy and has been publicizing the toolkit nationally.