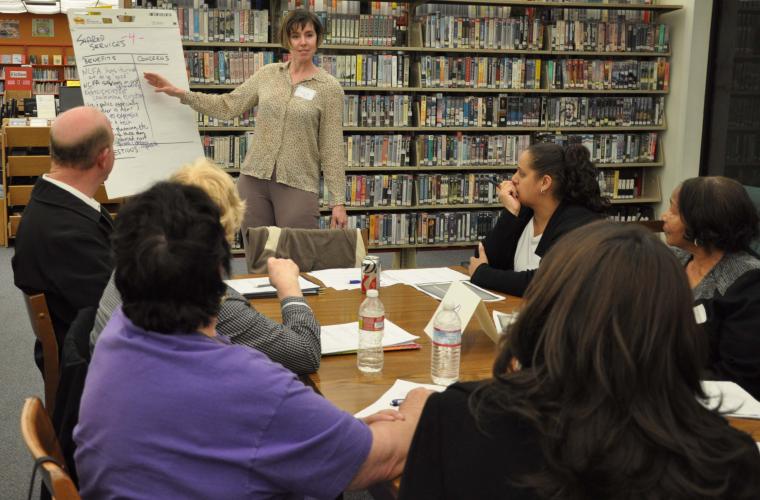 On September 8th and 13th of this year, more than a hundred residents from cities across San Mateo County, California came together at a local library to discuss the idea of shared services, a collaborative option that many local governments are considering as a response to limited revenues.

At each evening meeting, fifty residents spent three hours, learning about the demands on local municipal budgets and the potential for services to be shared in areas such as police and fire protection, code enforcement, recreation and more.

In facilitated small groups, participants discussed the benefits and challenges of sharing local services, and then offered their views and ideas as points of guidance for local officials pursuing these options. City managers, finance directors and other city staff attended the two dialogues to share information, answer questions and listen to the public’s views.

This project was particularly noteworthy for several reasons:

Rest of the Story…

Rather than a definitive statement about the community’s perspective on shared services, these sessions were designed as an initial exploration of how best to engage the public on this issue.

The topic of sharing services can be complicated and sensitive – and some consider it too technical or political as a subject for deliberative engagement. However, these sessions proved very successful, and the tone of the discussions was constructive and hopeful. Participation was high in both the large and small groups, and everyone stayed for the full three hours.

The participant evaluations were positive, with comments such as: