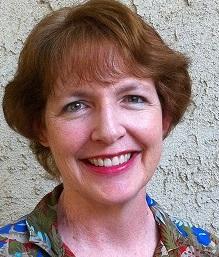 Bev Perry is the Executive Director of the Southwest Megaregion Alliance.

She is also a public affairs consultant with skill areas in community engagement, meeting facilitation, and dispute resolution for public and private organizations conducting strategic planning and community conversations. Ms. Perry has been the Assistant Director of the Bedrosian Center on Governance at the University of Southern California, Manager of Member Relations at the Southern California Association of Governments, Associate with Greer/Dailey Public Affairs, and was elected city clerk, city councilmember and mayor in the City of Brea, California.  She has served in leadership positions (President or Chair) at the Orange County Division of the League of California Cities, the Southern California Association of Governments, the California Association of Councils of Government, and the National League of Cities’ CityFutures Panel on Democratic Governance.  She serves on the Advisory Council for both the Institute for Local Government’s Public Engagement Program and the Pepperdine University’s Davenport Institute for Public Engagement and Civic Leadership, and was a Board member for the National Civic League.   She has a BS in Geology from the University of the Pacific and a MSEd in Counseling from the University of Southern California.