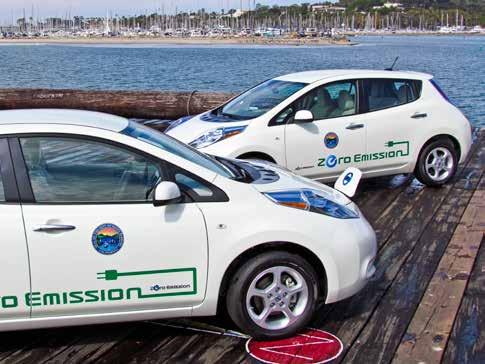 In 2009, the City of Santa Barbara implemented a shared-use vehicle program to reduce fuel costs and the number of vehicles in the city’s fleet.

Since the program began, the city has cut fuel use by eight percent, saving about $84,000 annually.

Since the city needs fewer vehicles because of efficientcies from the shared use program, it was able to purchase two new electric vehicles instead of replacing 15 regular vehicles.

As of 2012, one-third of the 480 vehicles in the city’s fleet are either fuel efficient or use alternative fuel.