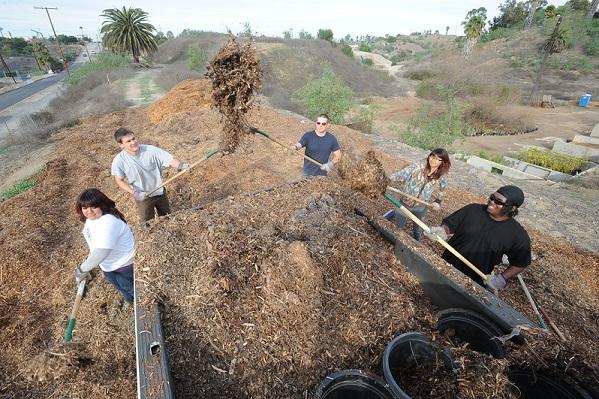 The Great Recession has hit California hard. With unemployment hovering around 11 percent and high foreclosure rates continuing to plague communities, many cities are wrestling with how to deal with large numbers of vacant properties. These include city-owned properties where development may be delayed because of the slow construction industry or local budget constraints.

Vacant and abandoned lots in a community can attract crime, create health hazards or lead to depressed property values. City-owned lots are one area where local government can directly reduce neighborhood blight at a minimal cost. The City of Long Beach has a fairly simple, creative and easily replicated use for vacant city lots that also offers added benefits for sustainability, job training, community collaboration and access to healthy foods.

Long Beach’s richly diverse western side is one of the city’s oldest areas. It has experienced a wide variety of development trends over the years and has recently been a target of business corridor revitalization. The city’s redevelopment agency carried out a strategy of buying and demolishing properties considered nuisances, such as liquor stores or motels with a long history of repeated police calls. After clearing the properties, Long Beach built simple white fences around them to signal to the public that the lots were not abandoned and hired a property manager to landscape and clean the lots every two weeks. Although the city plans to sell many of these properties to revitalize neighborhoods, a large portion have not yet been sold due to current market and budget conditions.

In 2008 Long Beach created an Office of Sustainability within the City Manager’s Office. The Office of Sustainability has goals in seven different areas; one is waste reduction. Sustainability Coordinator Larry Rich was particularly interested in reducing green waste. The city already achieves state waste-diversion targets required under AB 939, and Long Beach’s trash goes to a facility that converts waste to energy. However, Rich discovered that about 12,000 tons of green waste are generated annually through routine tree trimming done by the city, and these tree trimmings can be turned into mulch relatively easily. By spreading a 12-inch layer of mulch from tree trimmings on city-owned vacant lots, Long Beach could suppress weed growth and reduce the need to pay for property upkeep. Thus Operation Mulch-a-Lot was born. To date Long Beach has been able to divert approximately half of its yearly tree-trimming waste — roughly 6,000 tons — onto vacant lots. The program has also reduced property maintenance costs by about 37 percent.

When Long Beach started spreading mulch on vacant lots, it put up signs explaining that the city operated the Mulch-a-Lot program. Almost immediately people started calling to see if they could pick up the mulch for their own uses, but the lots were not managed for public access. The city already operated a green jobs training program, where local youth learn to build community gardens, set up rain barrels, plant community trees and assist with other green projects. Recognizing that tree trimming produced more mulch than could be spread on vacant lots, the city initiated a home delivery program in partnership with the green jobs program.

Residents can request mulch by calling the city or filling out a simple online form. A part-time city employee leads youth workers who fill a city truck with mulch and make deliveries to residents two days a week. The team can make about 14 home deliveries per week. The program is so popular that there is a six-week waiting period to have mulch delivered. In November 2011, the program made its 500th delivery.

When the local newspaper wanted to cover the mulch delivery program, city staff realized they could not readily accommodate increased interest. So Long Beach added a mulch pickup opportunity, opening one lot each month for a few hours when youth workers help residents load mulch into their vehicles.

Community Gardens and Urban Farms Are a Plus

Vacant lots that have been mulched have attracted the attention of organizations interested in community gardens and urban farming, because mulch greatly improves soil quality.

The city decided to allow community gardens and urban farms to use properties not slated for development in the near future. This arrangement is on an interim basis. For example, a local charter school was interested in transforming a vacant lot into a farm. The school entered into a lease with the city to open the New City Farm, which serves as a living classroom for its students. Long Beach has also had success with short-term leases. While waiting for work to start on a property slated for development by Habitat for Humanity, the city granted a two-year lease to a community garden. When the lease concluded, the property reverted to city control.

Operation Mulch-a-Lot originally focused on city-owned properties, but the city has since been approached by owners of private lots who also want the service. The Salvation Army asked the city to deliver mulch to a vacant lot it owns to help control weeds and beautify the property. Subsequently the nonprofit Long Beach Community Action Partnership approached the Salvation Army with a proposal to put a farm on the property. The Salvation Army agreed, and the farm, part of the Spring Street Farm Project, now includes a stand that sells fresh local produce to the community.

Operation Mulch-a-Lot has contributed to a more sustainable community in many innovative ways since 2009. These include:

Reducing Blight. Spreading mulch signals to the community that vacant lots are not abandoned and can help transform a neighborhood hazard into a community asset.

Diverting Green Waste. Placing mulch on local lots helps divert green waste from the waste stream and guarantees that the mulch is used as compost.

Decreasing Stormwater Runoff. Mulch acts as a sponge, holding water and reducing the amount of stormwater runoff from vacant lots.

Reducing City Costs. The city saves money by reducing the need for property management. For example, the Housing Services Bureau, which manages a portion of the city-owned vacant lots, saves approximately $50,000 annually in property management costs.

Increasing Neighborhood Food Access Through Urban Farming. Although it was not part of the program’s original intent, lots that were mulched became attractive places to farm and garden. The short-term leases for community farms and gardens have helped increase access to healthy, fresh produce and serve as educational tools for students and neighbors.

I think this program is relevant to many communities and replicable — everyone is trimming trees, and everyone has to dispose of the green waste,” says Sustainability Coordinator Larry Rich. “Some communities have green waste facilities, but because the Los Angeles area is very urbanized, taking green waste to a composting facility means trucking it more than 100 miles, which adds transportation costs. This way we can use mulch locally without lots of costs.”

This case story originally appeared as an article in the March 2012 issue of Western City magazine.