The City of Hughson is taking dramatic steps to secure a future of sustainable economic prosperity by building upon the key component of its local economy – agriculture. 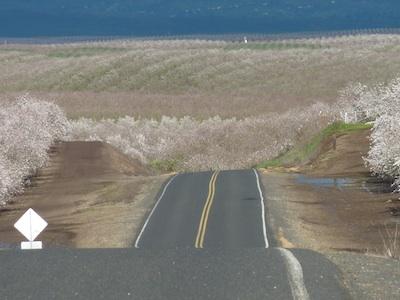 The demand for local and sustainable food has grown in recent years. Preserving farmland guarantees the ability to produce sufficient amounts of local healthy food thereby driving down the cost and dependency on such food from outside the region.

Prime farmland is a finite resource and is rapidly being converted to urban uses throughout the state of California. Productive agricultural land supports both direct employment in farming and local jobs in food processing and transport.  Because farmland conservation promotes compact and efficient development, it can reduce the cost of providing basic urban services such as water and sewer and police and fire protection to infill development as well as new subdivisions and neighborhoods.

Decisions about land use have huge impacts on how people live. They can affect the shape and sustainability of the community as well as the overall health and prosperity of its residents. Because one single decision can have multiple lasting benefits or consequences, local governments must be deliberate about the short- and long-term benefits regarding each decision.

In Hughson, agriculture is a way of life, and for good reason. Hughson is completely surrounded by “prime” farmland. Prime farmland is that which has been given the highest rating for soils by the California Department of Conservation. Hughson’s prime farmland coupled with its good climate can support the cultivation of 215 different types of crops.  In addition, all of the big employers in and around Hughson are connected to agricultural production.

In 2007, Stanislaus County adopted a Farmland Mitigation Program which withstood a legal challenge by the Building Industry Association.  In 2012, the Stanislaus Local Agency Formation Commission adopted a policy for annexation requests requiring cities to preserve farmland on a minimum ratio of 1-to-1. Hughson was the first city in the county to create a 2-to-1 mitigation requirement.

Hughson’s farmland preservation ordinance is just one of many sustainability efforts occurring in the city. Hughson is currently in the process of creating a local climate action plan which will address water conservation, energy efficiency and transportation planning, all aimed at reducing greenhouse gas emissions. Hughson’s local climate action plan will serve as a model for other cities in the county and is part of the Stanislaus County Sustainability Tool Box funded by the Strategic Growth Council.

The Stanislaus County Sustainability Tool Box is aimed at enhancing sustainability efforts throughout the region. It will contain model policies and ordinances on different topics developed by each of the cities within the county. As a result of the collaboration, Hughson is also working on a model urban forestry program, a fiscal growth modeling tool and a low impact development storm drainage model. The city is in the final stages of studying a complete streets plan, and is addressing mixed-use development with assistance from the San Joaquin Valley Blueprint Integration Project.