City of Richmond: Health in All Policies 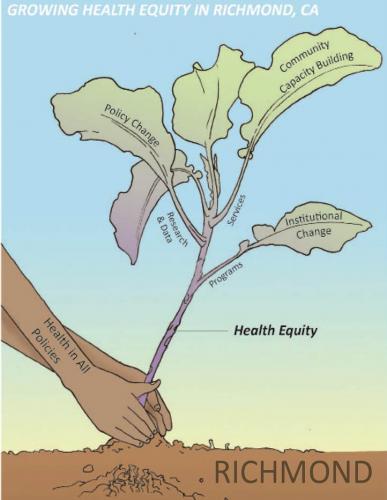 In 2014, the City of Richmond adopted a Health in All Policies (HiAP) Ordinance and Strategy as part of an approach to operationalize the Richmond General Plan 2030, which includes the implementation of the Community Health and Wellness Element. The goal of HiAP is to “address inequities at the systems, policy and structural levels to eliminate the resulting health disparities.” Recognizing that health equity was an issue that extended beyond a routine doctor’s visit, HiAP focuses on the idea that health starts with where people live, work, learn and play and is influenced by more than just individual choices. With this idea as the foundation, the City of Richmond has collaborated with multiple stakeholders, decision makers and agencies to develop a healthier, safer and more engaged community.