In 2010, the City of Monterey engaged staff and residents in a priority-based budgeting process to determine how to best address reduced revenues and a five million dollar budget gap. Rather than make across the board cuts, the city brought in experienced consultants to help them engage staff and residents in transparently crafting a budget linked to results and values most important to the community. The city hired consultants who have developed and refined a process for aligning city resources and services with community values that has also been adapted for use in Walnut Creek, Fairfield, and 14 other communities. Residents were asked to further define broad goals set by the City Council, and then to prioritize how they wanted their tax dollars spent to achieve those goals. After extensive public education and outreach, an internal staff dialog and four facilitated public meetings, the consultants will report what they have learned about the priorities of the more than 600 Monterey residents who engaged in the process to the City Council in February of 2011. 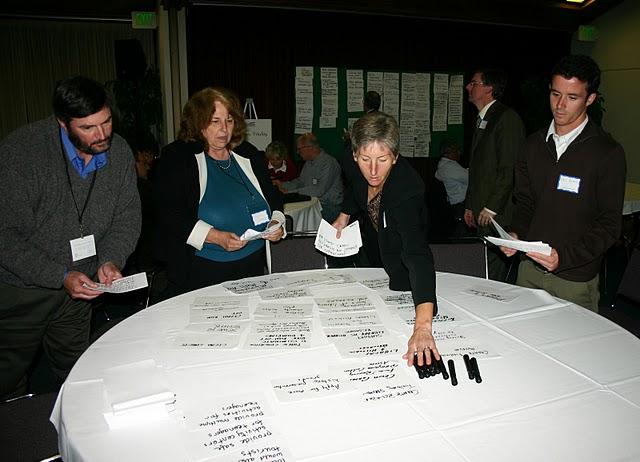