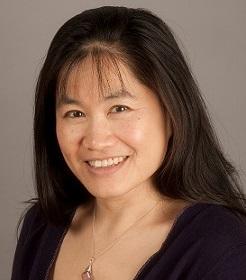 Christine has been the Program Manager for the California Endowment’s Sacramento Building Healthy Communities Initiative since June of 2009. Prior to The Endowment, Christine worked in local government for 11 years. She was Stockton’s deputy city manager for 8 years (2001 – 2009), where she had a variety of duties, including oversight of citywide initiatives and government relations as well as the Departments of Community Development, Parks and Recreation, Library, Human Resources, Finance, Budget, and Information Technology. Prior to her service in Stockton, Christine worked for Union City, CA as Deputy City Manager, assistant to the City Manager and as a Senior Management Analyst (1998-2001). From 1996 – 1998, Christine worked for Consumers Union in their West Coast regional office in San Francisco on a project ensuring that the assets from the conversion of nonprofit health care institutions into for-profit companies were maintained for charitable purposes.

Christine is a native of Berkeley and a product of the Berkeley Unified School District. She has a BS from UC Berkeley in Industrial Engineering and Operations Research, an MPP from Harvard University’s Kennedy School of Government, and a JD from the University of Arizona’s College of Law.